Technology – Arkwright Technologies
Deprecated: Function wp_make_content_images_responsive is deprecated since version 5.5.0! Use wp_filter_content_tags() instead. in /home/arkwrightweb/public_html/wp-includes/functions.php on line 5379

Arkwright Technologies devices are based on two basic transducer designs.

The original device consists of a single fibre containing a fibre Bragg grating (FBG) formed during the fibre draw (DTG™, FBGS International, Jena, Germany). The fibre is bonded into a rigid substrate with a preloaded curve to increase its sensitivity. This design has allowed us to achieve pressure sensitivities of better than 0.01 mmHg (1.3 Pa, 0.14 mmH2O, 0.13 mbar, 0.00019 psi). This basic sensing element is temperature sensitive and so is used in isothermal environments (such as the human body) or for dynamic applications in which change in value are more important than absolute values (such as acoustics).

Our second patented transducer design overcomes the inherent temperature sensitivity of fibre Bragg gratings by using a pair of DTG gratings wound together in a helical configuration. In this design, the two FBGs are oriented one on top of the other at the point where the helix is vertically aligned. Applying a force or pressure on the upper fibre distorts the helix downwards, reducing the strain in the upper fibre and increasing it in the lower fibre. The applied force is then proportional to the change in reflected wavelength experienced by the FBGs in the upper and lower fibres. Since the applied signal is proportional to the differential change in wavelength of the two FBGs, whereas any change in temperature acts equally on both FBGs, the signal is independent of temperature. Figure 1 shows an image of the helically wound transducer and Figure 2 shows the response of the transducer to changes in applied force as the ambient temperature is increased from 21 °C to ~60 °C. 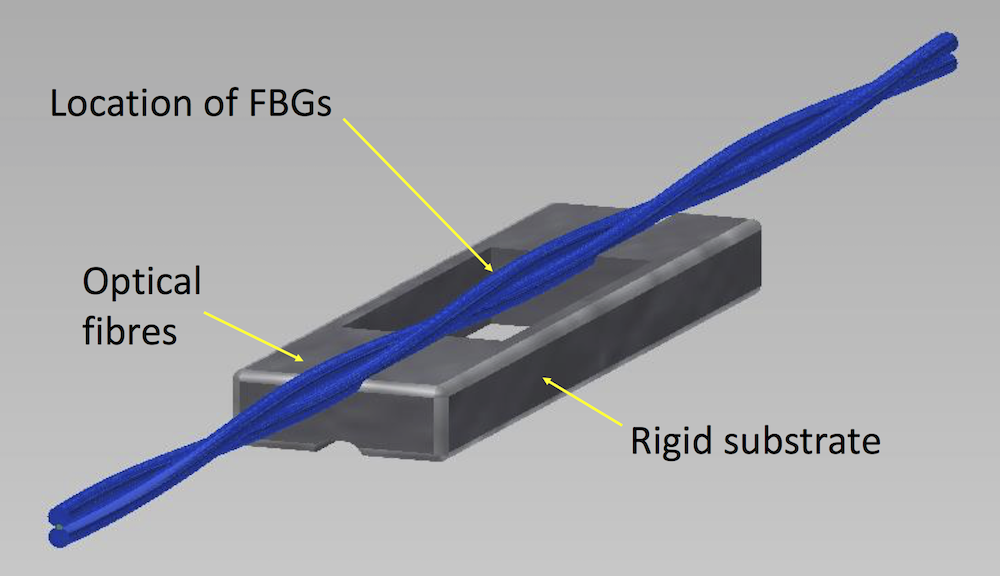 Figure 1: A schematic of the patented temperature compensated FBG transducer. 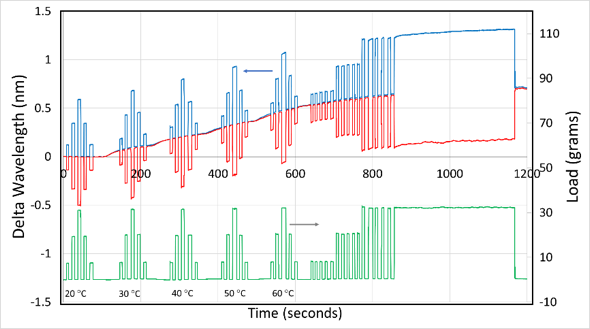